The Department of Psychiatry is established in 1894. It is the second oldest department of psychiatry in Japan and covers essentially all major areas in biological, psychological, and social psychiatry.

The 5th chairman of the Department, Professor Ziro Kaneko, is regarded as the founder of psychogeriatrics in Japan and this department has since become one of the leading centers in psychogeriatrics. The 6th chairman, Professor Tsuyoshi Nishimura, developed research in Alzheimer’s disease from the neuropathological to the biochemical level. The 7th chairman, Professor Masatoshi Takeda, has developed research in Alzheimer’s disease to research in cognitive impairment of major psychiatric disorders, including neurodegenerative dementia, schizophrenia, and PTSD.  He is also the President of the Japanese Society of Psychiatry and Neurology (2012-2016). The activities of the Department have expanded to the international level and Prof. Takeda served as the President of the International Psychogeriatric Association (IPA) (2011-2013) and the President-elect of the World Federation of Societies of Biological Psychiatry (WFSBP) (2013-2015).

The 8th current chairman, Professor Manabu Ikeda, has been serving since 2016. He has been a professor and chairman of the Department of Neuropsychiatry, Faculty of Life Sciences, Kumamoto University from 2007 to 2017. With his background of neuropsychiatry, neuropsychology, and old age psychiatry, his research covers a wide area in clinical psychiatry. Recent research interest covers epidemiology, symptomatology, neuroradiology, pharmacotherapy and non-pharmacological intervention of dementia, late life depression, and developmental disorders in elderly people.

The Department is staffed by 40-50 medical doctors who are involved in research, clinical service, and education in psychiatry. We are striving to remain highly productive in the field of psychiatry.

The Department is run by 13 academic staff and several adjunct professors in related departments. Offices for the staff are mainly located at the eastern half of the 10th floor of the Clinical Research Building of Osaka University Medical School. 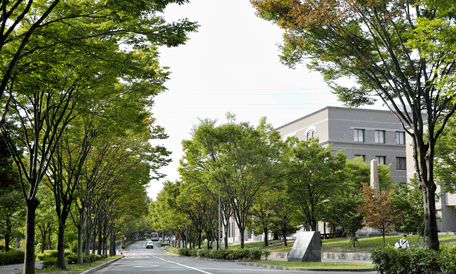 Most of the research laboratories of the Department are located at the eastern half of the 10th floor of the Clinical Research Building Laboratories. Our portfolio of research is vast ranging from molecular biology up to human communities. We have the six labs.

The Department runs 52 beds located at the East Wing of the 2nd floor of the Hospital Building. 16 beds are in the Open ward and 36 beds in the Closed Ward.
Patients with neurosis, depression and sleep disorders are mainly treated in the Open Ward, while patients with schizophrenia, dementia and others who require a secure environment are treated in the Closed Ward. The Closed Ward has four special rooms for isolation and is equipped with a spacious gymnasium for exercise and physical activities. The Open Ward has a physiology lab for overnight EEG examination.